Empathy; the secret behind the new wave of high performance

Davey Black Triathlon/News and Information/Empathy; the secret behind the new wave of high performance 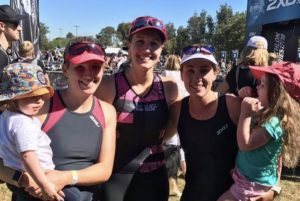 Over the last decade, emotions, feelings and thoughts have become a crucial part in the high performance sport sector. The majority of sports worldwide have shown examples of coaches and communities who have been able to bring the best out of every athlete by using this skill. Davey Black Triathlon excel at providing a comfortable, safe and efficient training environment. It is a skill that, as simple as it might sound, brings challenges for many individuals as it requires bringing up emotional skills not usually talked about. In this blog, Davey Black’s Mental Health Counsellor, Nestor Rivera, highlights two stories of how empathy and human connection between the members of a team (being coach and athlete, or athlete with other athletes) became the secret behind the success of an individual.

“Chicharito” Hernandez; from barely understanding English to being a Champion.

It was the summer of 2010, a young Javier Hernandez, sitting in his living room in the city of Guadalajara in Mexico. At that moment, he was having the test of his life as he was working hard to understand the words of football coach Sir Alex Fergusson. On the other side of the phone, all the way from Manchester, the experienced coach was trying to communicate his desire to bring the Mexican talent to play in the glorious Manchester United. His Scottish accent, and the fact that Javier, known as “Chicharito” would be traveling from his home team, Las Chivas, to England was enough to intimidate the young player.

Being aware of the fact that an emotional blockage would become a big obstacle to handle, Sir Alex Fergusson thought of a very simple plan to connect with the young Chicharito. As soon as he arrived in Manchester, he received a personal invitation to attend Manchester United’s clash against Bayern Munich next to the team’s staff members. And not content with that, the head coach, knowing all of his responsibilities, matches and work, went on to have dinner with the Mexican footballer and his family.

“The way he presented himself and the way he treated you like a human. The way he treated my family, for me it was like, yeah I will kill myself for this manager inside the pitch, for sure. For sure! If he treats my family that way, man, I will vomit after every game if it helps him to achieve in games and championships. He was an amazing man. It’s hard to believe.” – Javier “Chicharito” Hernandez on an interview with Sam Carney for the Manchester United Webpage.

The rest is history; Javier Hernandez played with the Manchester United from 2010 to 2014, winning the English Premier League twice, the FA Community shield and was a runner-up in the UEFA Champions League.  During that same time, the young talent became a feared striker with the Mexican National team, winning the Gold Cup in the Concacaf Championship in 2011 and taking the golden boot, the most popular player of the Concacaf, and the title of the Most Valuable Player of that tournament. That is the result of feeling valued in a team.

Ariarne Titmus and Dean Boxall; The “maniacal” coach at Tokyo 2020

We all recall the “crazy coach celebration” during the Tokyo Olympics 2020 after the Australian Olympian Ariarne Titmus won the 400m Freestyle gold medal. What most people don’t know, is the relationship and the sacrifices that Ariarne and Coach Dean Boxall made to ensure that Ariarne won the gold medal.

“We have a fantastic relationship because she fully trusts what I do and I trust that whatever I give her, she gives it 100 per cent. I know she is doing everything right.” – Dean Boxall on Ariarne Titmus (news.com.au)

The relationship between coach and athlete began in 2015. Ariarne Titmus moved to Queensland from Tasmania searching for bigger sporting opportunities. Back then, Ariarne was not on anyone’s radar, she had the will, but the work was still ahead. From their first meeting, a relationship of trust and passion for the sport developed between coach, athlete and the swimming team. Every single day they worked in the morning and developed new plans in the evening, all while balancing the other aspects of the swimmer’s life.

“It was five years of (hard work). You’ve punched out this plan, and to see it unfold – there’s nothing bigger… I can’t help it. I believe in my athletes. It’s very simple, when the athletes leave the pool deck … they begin the recovery process and they switch off. I go home and try to find a way for them to get better. I don’t turn it off. That’s probably why I let it out.” – Dean Boxall on his role as a coach (news.com.au)

This empathic relationship, based on passion and discipline, came to light in the 2017 Commonwealth Games. With Titmus winning 3 Commonwealth Gold Medals and another prime performance in South Korea for the 2019 World Championship, they were primed for Tokyo 2020. In the lead up, Ariarne Titmus became the best female swimmer in the world. She dethroned the long standing champion American, Katie Ledecky, and claimed the World Record in the 400m Freestyle event.

“This is just as much for him as it is for me. He has sacrificed a lot in his family life, his kids and his wife, for his job. He puts 100 per cent into being a swimming coach. I would not be here without him.” – Ariarne Titmus when talking about her coach.

In a recent interview, journalist and professor, Salim Lamrani, who worked translating for one of the top football coaches in Europe said “An athlete is human above all, with strengths and weaknesses, with the successes and failures, whose life constantly moves between moments of self confidence and doubt. An athlete, no matter how strong they might seem on the track, has the same feelings and holds the same hopes as any other human being in the planet. It has the objective of being happy and practicing the sport is the means towards such happiness.”

For a Coach, creating a Half Ironman training program is easy compared to what developing a relationship means. Coaches need to follow certain rules to make sure the athlete follows a path and will eventually bring results. But creating a team means transcending the rational aspect and becoming part of the athletes’ life. It goes beyond seeing medals and podiums, although this clearly is a very important part of it at the top level. It means thinking about the athletes’ families, personal lives, and emotional and professional journey. Being empathic means going to their birthdays, celebrating their PhDs, asking about their day at work. A team that brings the best out of the athlete is based on the relationship between every single member and making sure everyone feels important, validated and crucial in the team’s present and future.

“Being loyal to our own principles must be stronger when the situation gets worse, because it is easy to find support when things look bright. When results are negative, the message from the coach and the team must be to validate the process, explain the reason behind difficulties and analyse them in order to find a successful way out. Always looking at the athletes’ strengths.”