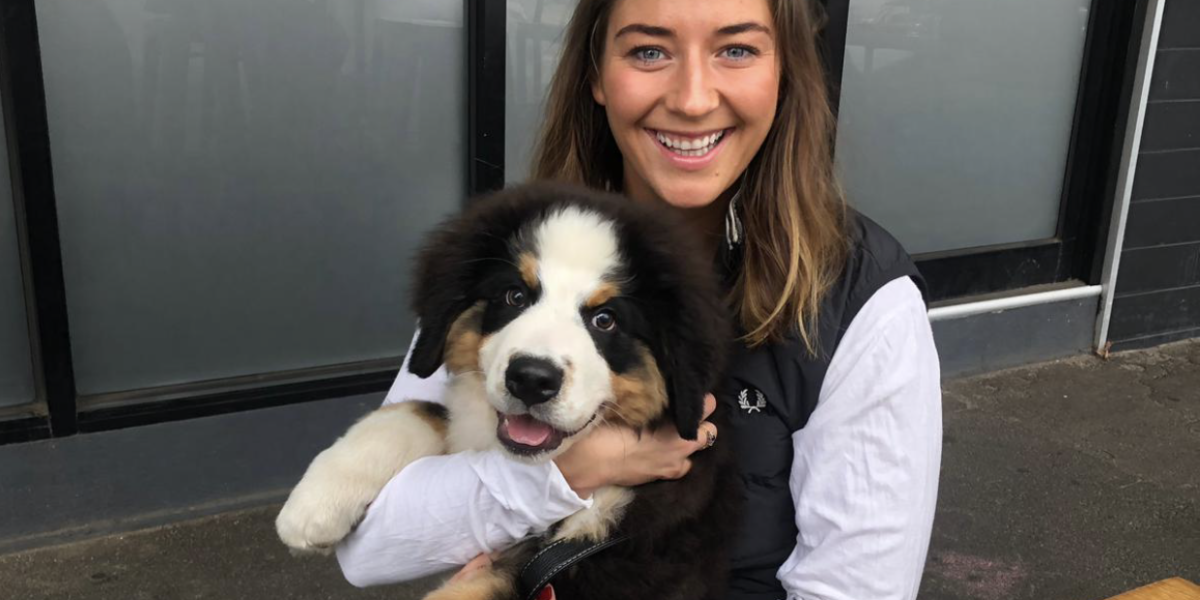 This week, Coach Nestor spends 5 minutes with one of Davey Black’s rising stars, Sophie Thomas. In the recent past, Sophie has shown that no matter what gets in your way, as long as you maintain a positive mentality, discipline and belief in yourself, you can overcome any obstacles.

Several months ago, Sophie had knee surgery. She was as dedicated to her recovery through the strength and conditioning for triathletes sessions as she is dedicated to regular training. This has meant that the healing process was much faster and more complete. Her knee is now stronger than ever so that Sophie can train consistently and without restriction.

Adrenaline is a hormone involved in the activation of blood flow, muscular activation and body activation. For Sophie, though, the search for the rush of adrenaline it is more than that. In her early years, she was a sprinter, and a very fast one at that. Her ability to run fast eventually led to her playing Football (Soccer). After developing into quite a strong and talented athlete, Sophie went through an accident. Rather than stopping her, this just forced her to find a sport that was better suited to her injury maintenance. This led her into Triathlon, and brought her to become a consistent and dedicated athlete at Davey Black.

Today, we get the chance to learn some of the driving force behind the unstoppable Sophie Thomas.

Nestor: How did you come to get involved in the sport of Triathlon?

Sophie: Funnily enough, I literally fell into it. Back in the UK I was a footballer, which is something I had continued socially in Australia, until I had a detrimental accident on Chapel Street. I got knocked off my bike while commuting to work, causing a fractured tibia, ACL tear and torn meniscus. The injury went undiagnosed for a year and prevented me from my beloved football.

To manage the injury while keeping fit and active, I needed to find a sport that wouldn’t involve change of direction but would push me mentally and physically. Enter Triathlon. It was going to be a short term solution as it’s not something I had ever thought of getting into before… yet here we are a year later, and I am hooked. When I found Davey Black Triathlon, it was the perfect fit. I was able pursue my triathlon goals as well as maintain my injury rehab in the Davey Black Sports Performance strength and conditioning and Yoga sessions.

I’m quite a strong build, with a love of contact sports and an expert in slide tackling people out of the way. This is perhaps not on the c.v of your average triathlete. I’m also a big advocate for team sports, so I’d see people doing Ironman and think ‘you’re absolutely bonkers’.

I was proven very wrong after I joined the Davey Black Tri Club. I can safely say I’ve never felt more part of a team than I ever have before. I would also love to do an Ironman eventually, but gimme a few years before I do that one.

Nestor: What do you see in the sport of triathlon that brings you happiness?

Sophie: I think what I’m most surprised with and grateful for is the significant increase in my mental strength. A lot of the time we’re chasing physical improvements, whereas in triathlon I’ve gained so much more mental capacity that I wouldn’t have gained otherwise. I think anyone that has the discipline to participate in this sport is an absolute hero – no matter where you place, and those who manage it with additional responsibilities such as children, pets, careers – they are truely amazing.

What I love the most however, is the sense of community that Davey Black Tri Club brings along with it. The sport is very much an individual journey but it has a magnetic team energy supporting you along the way. That’s what brings me the most joy; it’s uplifting.

Nestor: Do you have any specific personal challenge? What are your goals for triathlon?

Sophie: My short term goal is that I need to actually do a triathlon – fear of the water is preventing me but I just need to jump in at the deep end so to speak (excuse the pun).

Long term goal: Think big, dream big as they say. I think about this a lot and I want to win a triathlon. However long it takes, I want to be number one on a podium one day. And I want people to tell me I can’t, it’ll be all the more sweeter when I do it.

Nestor: Who is Sophie? Who is the person behind the athlete?

Sophie: I could give a very boring answer here but I’ll try and dig a little deeper…

My family call me Estrellita (Little Star). Living in Australia now and the current COVID situation has meant I haven’t seen them in nearly 3 years. I’m currently missing them a lot, especially my Dad! A high energy but very loving human, loves a bit of banter and strives to live in a world of equality, thriving local businesses and every animal under the sun, especially dogs.

Nestor: We hope to come back in a few years and read this back. We will use this as proof that if you set your mind to something, nothing will be able to stop you. As long as you have all your mental and physical toughness set to something, the support of your loved ones and the guidance of your coaches and health professionals, it will be not a matter of “if”, but a matter of “when” will you achieve your goals. The Davey Black Sports Performance team will be there for you Sophie, and for anyone wishing to fulfil their athletic dreams and become their own hero.

Sophie: Thanks so much for asking me to be a part of this.