The Wonderful World of Triathlon 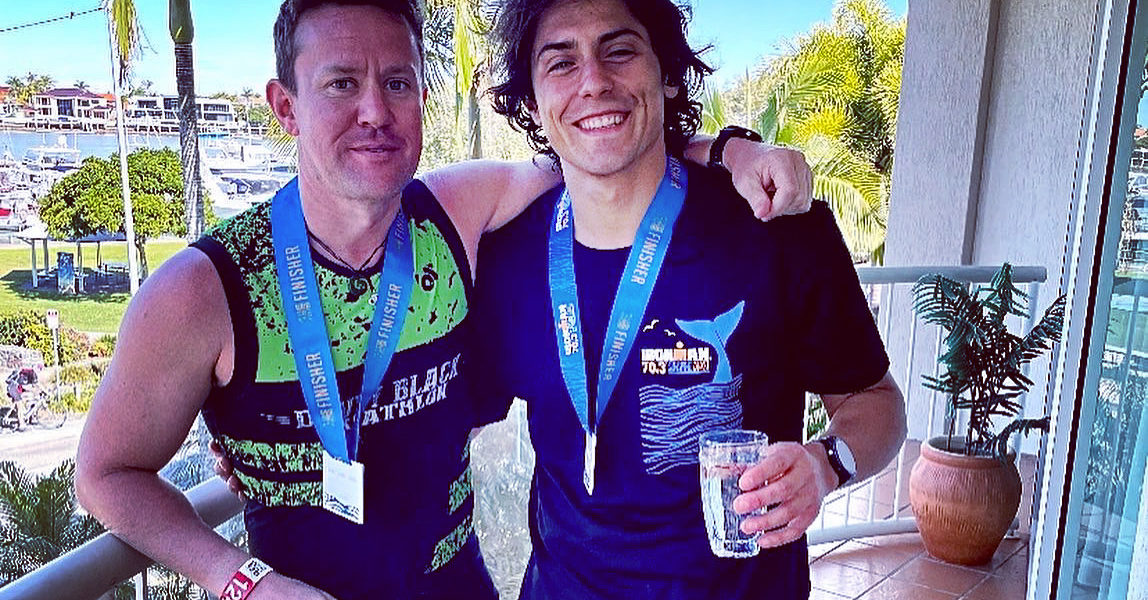 Triathlon is often considered to be an individual sport, where an  athlete swims, bikes and runs on their own, but this can’t be further from the truth. Triathlon is, and has always been, a team sport. Individuals, groups and even nations come together to celebrate a healthy and happy triathlon community. In this blog we will share a small story of how a moment of chaos brought the best out of the Triathlon community.

Triathlon has grown exponentially since its humble beginnings in California in the 1970’s. What was once a small event only suitable for a few crazy humans, became a permanent symbol of endurance, discipline, and perseverance. The more the challenge grew, the more people started to explore and admire the heroes that arose from those challenges. The biggest surprise for the average viewer was when they began to realise that those super-humans they were watching came from their own neighbourhoods. Slowly, but surely, this has connected families, friends and work colleagues through one single event. The only goal being to make sure that the competitor in the event crosses the finish line.

In the case of today’s example, the support of the community around the sport can be divided in two main categories;

The first category is related to the knowledge and skills. In this first area, athletes learn everything about the sport, from the importance of getting transitions right, to the balance of their effort versus their nutritional requirements. These skills are taught by the coach and reinforced by the squad. This creates knowledge, develops the skill, and brings the athlete closer to their goal of completing a triathlon.

The second category, and possibly the most important, is related to the moral and personal growth of the individual athlete. The values learned through the sport, the moments shared with the squad and even something as simple as the coffee break after the long ride. This creates the connection with the community, the inspiration from the seasoned athletes, the sense of belonging and the happiness that one aims to achieve from the sport itself. All of this can make a big difference in the way a person sees the sport, their life and ultimately, the way a human shapes their own life.

“Racing these long distances is a challenge that requires the commitment of the athlete, their family, and their community. You all prepare, compete and finish together, even if it is only oneperson who crosses the finish line.” – Coach Nestor.

And so our story begins on the day before the race at the Sunshine Coast 70.3 event. One Davey Black Melbourne Triathlon club athlete had the misfortune of their bike not arriving on the flight with them. The bike bag carrying his bike, racing equipment and nutrition had been left on the tarmac at Melbourne airport. Once the time arrived where everyone involved knew that the bag would simply not arrive in time, athletes, coaches, and members of the Triathlon community got together and called everyone in their contact list who lived or worked in Queensland. Every effort was made by the whole community to ensure that he would have all the necessary equipment to race his event.

In a matter of only 2 hours, 7 different bikes were offered, along with the respective bike shoes and helmets of all sizes as well as the possibility of registering his bike later than expected. This athlete was able to compete thanks to the help and support of the whole community. Despite all the borrowed gear and the frustrations leading up to the start, he had a fantastic race. He had a first-hand experience of how the Australian Triathlon Community got together to look after one of their own. He will be sharing his story in a future blog, so keep an eye out for this one coming soon.

“What an amazing community Triathlon is. Thank you to everyone who contacted and offered help. You are all amazing people. We have sorted out everything and he is now ready to race. This is his first 70.3, and his first triathlon, and it is one he will ever forget. You are all wonderful human beings!!” – Coach Steve Davis on Instagram

Triathlon is a sport that, at its core, brings out the best in humans. From discipline and sacrifice to achieving a goal, and from fun and joy through the connection with the community. This sport gives more than it takes, and everyone is welcomed. From the professional athlete to the beginner competitor experiencing their first taste of the sport. Everyone is welcome and no one is left behind.

“What you learn in triathlon changes your life for all the other situations. After triathlon you are different people with your families and different with your job. We are not only making better triathletes, we are making people better for life, for society.” – Sergio Santos, Portuguese Professional and National coach.