The Toughest Race in The World 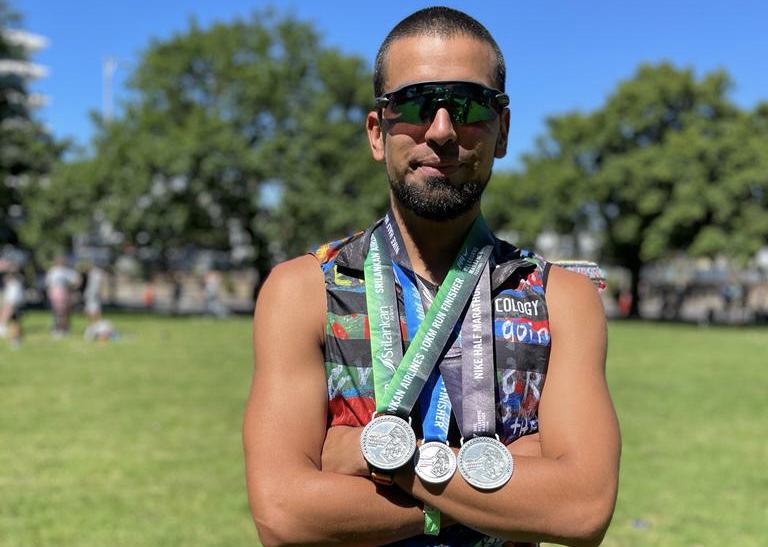 Humans are a very interesting species. Contrary to many other animals, humans are equipped with the capacity of continuous growth and ambition.

There is no greater example of this than in sport. When we aim for, and complete a 5km run or Sprint Triathlon, we then aim for the 10km or Standard Distance. If we become comfortable with a specific distance, we then aim to do it faster and more efficiently. This also applies equally in sport as it does in our day to day lives. I’m sure you can think of many occasions where you have, or will, aim to grow and get better work or life conditions. From a pay rise to a better house or a new educational degree, we will always aim for more.

This interesting human behaviour has led to the development of some very unique and exciting sporting challenges. Some have transcended what is normal in the world of sport and shown the limits of the human body and mind. In today’s blog, we will aim to highlight a few of the amazing feats some athletes around the world have completed, and some that you too can aim to complete one day with the help of an online triathlon coach. Read on to see what humanity can achieve and the greatness that lies within every single athlete.

You just read that right. Made famous by James Lawrence, also known as “The Iron Cowboy”. James finished the legendary Ironman distance 100 days in a row. His aim was to raise funds for organisations working against human trafficking and preventing the exploitation of humans, especially teens and children. His challenge was mentioned all around the world and made him one of the bravest athletes in our era.

An Ironman is made of 3.8 kms of swimming, 180 kms of cycling and 42.2 kms of running. James did a slight variation for legal reasons related to the Ironman brand. Doing it in 100 days would mean a total of 380 kms of swimming (Swimming from Melbourne to Gippsland), 18000 kms of cycling (That’s more than Melbourne to Glasgow) and 4220 kms of running (Running from Sydney to Perth with an extra 200 kms)

As if doing a complete Ironman Triathlon was not hard enough, imagine doing it while carrying a 45kg log with you. This is exactly what athlete Ross Edgley did in 2017. His objective was to raise funds for echo-charities and create awareness around the importance of countries moving to Carbon neutral objectives as fast as possible.

It must be mentioned that Ross had never done a Triathlon before, but he was no stranger to odd challenges. He had previously run a Marathon pulling a car and climbed Mt. Everest with a rope.

Until very recently, Team Hoyt were regarded as celebrities by both the Marathon and the Triathlon world. Father (Dick Hoyt) and son (Rick Hoyt) created a very deep connection around endurance sport. Dick would tow Rick, who had cerebral palsy, on the swim. They would ride together and then the father would push the son, around the run course. What began as a small challenge to raise some funds for a local friend, soon became known as one of the most inspiring teams in the world. From running in Kona in the World Championships, to receiving an exclusive invitation to race the Boston Marathon, Team Hoyt became unstoppable and legends among the athletic community.

Dick Hoyt passed away on March 17, 2021 and is deeply missed and remembered by the athletic and Triathlon community.

You can watch some of their exploits here: https://www.youtube.com/watch?v=dDnrLv6z-mM

As the name implies, the objective is to do the distance up hill! The longest race distance is 2.2km swim, 118km bike and 20 km run. What makes this event so special is the 3200 mts of climbing on the bike and the 320 mts on the run. It must be noted that the Alp D’Huez is just the final 14kms, which has 1100 mts of elevation on its own.

The run is done at the top of this climb. Athletes will run on less oxygen that what they are used to, forcing them to focus all their energy into staying strong the whole way.

This race is a challenge made for the strong athletes.

If the mythical Ironman distance doesn’t seem like enough for you, then perhaps the Ultraman is the kind of endurance challenge you are chasing. This event consists of three days of putting mind and body to the absolute limit. It is such an arduous task that you are required to bring your own support crew with you who are in charge of ensuring your wellbeing and survival to the finish line.

Some athletes have reported to hallucinate or become delusional at stages due to the extreme fatigue that the 10km swim, 421km bike ride and 84.4km run delivers.

Have a look at the last instalment of the event here: https://www.youtube.com/watch?v=jbQt6tG9fJo

The Norseman event is considered one of the hardest triathlons in the world. Not only are athletes expected to complete the full distance of 3.8 km swim, 180 km ride and 42.2 km run, but by the time they finish this course, they will have climbed 5000 meters. As with the Ultraman event, every athlete is expected to bring their own support crew. This is a race that is designed for the mentally strong. You can see more about it here: https://www.youtube.com/watch?v=wKBa5wVOki0

All of the above-mentioned challenges have been mentioned to highlight the might of the human being expressed in the mind and body. The biggest journey starts with the first step. We offer you an invitation to a challenge. It doesn’t have to be huge; it just has to push you out of your comfort zone. As some would say, the sky is the limit, and only you can set how far you want to go. With training, consistency and passion you will be able to face any challenge you set your mind to. Believe in yourself. Most importantly, remind yourself of your worth, and that you deserve becoming the athlete you have always wished to be.