Heart Warming Stories From The Olympics 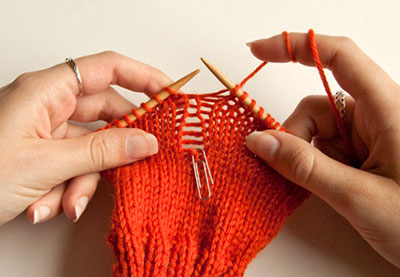 The Olympics is the type of event that needs no introduction. Occurring every 4 years, it is a moment in time when the best athletes in the whole world represent their nations, communities and families in the pursuit of the gold.

There is no other event like it. Athletes train for years, sometimes decades, to get a chance to compete against the best in the world. Anyone who has been on an Ironman training plan would know that even before they get to the arena, the track or the competition setting, the eyes of the world are already firmly set on them, wishing them luck, praying, dreaming and hoping for their athletes to succeed in the ultimate challenge.

From every corner of the world, athletes have come with dreams, hopes, fears, nerves. Also, many athletes have come with stories that some of us can barely imagine in our wildest dreams. They have gone not only past the physical challenge that comes with training hard, they have also faced their mental and spiritual limits, reaching their limit and finding how strong they are as a whole. The Olympics is not only where the strongest athletes appear, it also is where those who never stopped dreaming come to show the world what are they made of.

In this blog, we share some of the stories around the different sports, the lessons they have given us and the inspirational backgrounds some of these athletes bring with them.

It was the High Jump Final. With the bar going higher and higher, only 2 athletes out of the initial 32 were still in competition. The Italian Giancarlo Tamberi and the Qatari Mutaz Essa Barshim were facing the final test. The bar had risen to 2,37 meters. It was barely 2cm lower than the Olympic record 2,39 meters immortalized by the legendary Charles Austin in 1996. The world was set for a very exciting showdown.

Destiny had something else planned, however, with each attempt it was getting clear that the gold could be awarded to any of these athletes. The pressure was increasing, the nerves were getting worse, no one had been able to get over the bar at that height. That’s when the referee approached both of the athletes and explained, they could request an extra attempt and try to beat the bar, or… they could both be champions. It was there when Mutaz looked at Giancarlo and pronounced the three words that will live forever in the Olympics; “History my friend.”

Giancarlo Tamberi from Italy and Mutaz Barshim from Qatar would share the gold in a gesture that, repeating Mutaz’ words, “Goes beyond the sport.”

“This is the message we deliver to the young generation.” – Mutaz Barshim.

To add to this emotion, Giancarlo Tamberi kept a cast with him the whole event. This same cast was the one that he used on his ankle after an accident prevented him from competing in Rio 2016. He kept it as a reminder to keep fighting, this reminder shall be replaced by the Gold Medal from Tokyo 2020.

Ikee Rikako. A journey beyond the physical realm.

Born as a swimming prodigy, with a skill and strength never seen before, the Japanese Ikee Rikako became famous at the young age of 15. She was one of the strongest swimmers in her country, smashing junior and national swimming records in freestyle and butterfly events. This rising star was not even an adult, which meant that not only the expectation was incredibly high, but also her will to face such a challenge. Her sports career showed exceptional signs when she represented Japan in different events breaking the national record set by her in the 100m butterfly final.

As if the amazing performance she had given in Rio wasn’t enough, Rikako became the first woman to win six gold medals in one single tournament in the 2018 Asian Games. She was set to be an Olympic champion in Tokyo 2020, when her body gave a sign of something being wrong.

On the 12 of February 2019, Ikee Rikako posted a message announcing her physical diagnosis, Leukemia. Her rising journey would need to stop while she began her treatment. Days on which there was no certainty of a comeback, or a healthy recovery, there was no assurance that Ikee Rikako would come to be the magnificent swimmer she was before this event. When life looks difficult, some people use the term “dig deep” to refer to when we push harder than what we think is possible. Ikee not only pushed to successfully recover after just 10 months, but qualified for the Tokyo 2020 Olympics in the process.

In the middle of the pandemic, when most of us were fighting to overcome the adversity brought by the virus and when the future looked uncertain for many. Ikee stood in the middle of the Tokyo Olympic Stadium, delivering a message of hope for everyone around the world.

“To overcome adversity, what we need most is hope – a flame of hope glowing in the distance allows us to keep trying, to keep moving forward no matter how hard it is. For me, it was the swimming pool, the thought of swimming in a pool again got me through the painful medical treatment.” – Ikee Rikako, July 23, 2020.

Italo Ferreira – Against all the obstacles.

This story begins with a stolen passport, in the middle of the USA, with only hours to spare to get on a plane to compete in Japan. Italo Ferreira, Brazilian professional surfer, had his car broken into and his passport stolen, along with his Visa to travel to japan. With just a few hours to spare, Italo rushed to apply for a new passport and visa. Against all odds and thanks to luck itself, the paperwork arrived on time. But that wouldn’t be the last of his challenges.

Once the Brazilian surfer boarded the plane, it was announced that a Typhoon would force the flight to take a long detour, which would cause Italo to be stuck 18 hours in transit on his way to the Miyazaki beach on time. The conclusion of his journey couldn’t be more dramatic, by the time the plane landed, the competition had already started and with no time to waste, Italo rushed through the airport, still in his denim shorts and casual shirt towards the beach. He was not sure if he was still on time to race, but he didn’t go through all those obstacles to give up with his dream so close.

Once he got to the beach, he asked a fellow surfer, Filipe Toledo, who had just finished competing, to borrow his surfboard to compete. What came next is a story that will be told for years to come, the “miracle heat” in which Italo Ferreira, with only 9-mins to spare and a 12-point deficit, managed to deliver a fantastic performance, not only getting into first place, but leaving that contest with the Tokyo 2020 Olympic qualification.

“If you have a problem in your life, do not give up. Believe! In the end, it will be all right, just believe it is possible.” – Italo Ferreira.

Thomas Robert Daley has captivated the views of millions by doing something unusual in the middle of the Olympics; knitting. This is the story of the Olympic Champion Tom Daley, an athlete who has used a seemingly simple activity to raise awareness for a just cause. By simply sitting and knitting, he momentarily turned the eyes of the world away from the sport.

On the 26th of July 2021, Tom Daley won the 2020 Olympic Gold Medal in the Men’s synchronized 10 m platform diving event, but that wouldn’t be the end of his participation in the Olympics. In the middle of the Women’s springboard final, he was seen knitting a nice sweater for his dog. The curiosity took everyone’s mind and brought their thoughts onto what was behind this unusual activity. It wasn’t long until he was interviewed and explained the reason behind the knitting.

When the pandemic began, the physical health was not the only one that was affected around the world. The economic turmoil, the increased state of anxiety around the world. The continuous lockdowns and border closures and the lack of a plausible end to this caused emotional damage to many people, regardless of their gender, economic status, country of origin or ethnic background. With this situation, Tom decided to search for activities that would allow him to cope. After looking for different activities, he decided to go with knitting.

More important than watching his creations, or his technique, is what comes behind it. The place he gives to his mental health is one that many of us can use as an example. From reading a book, or going for a walk, to turning to knitting, just make sure to set your mental health as a priority, give it the space it requires. And you never know what kind of fantastic creations can come from your work.

If you want to see his creations, just search for “madewithlovebytomdaley” on Instagram. Be sure to leave a like.

If you want to read about the unique EOR Team, feel free to click on this link, where you will find the story behind this amazing initiative: EOR Olympic Team Story