5 Minutes With The rise of the Phoenix, Nick Patterson

Davey Black Triathlon/News and Information/5 Minutes With The rise of the Phoenix, Nick Patterson 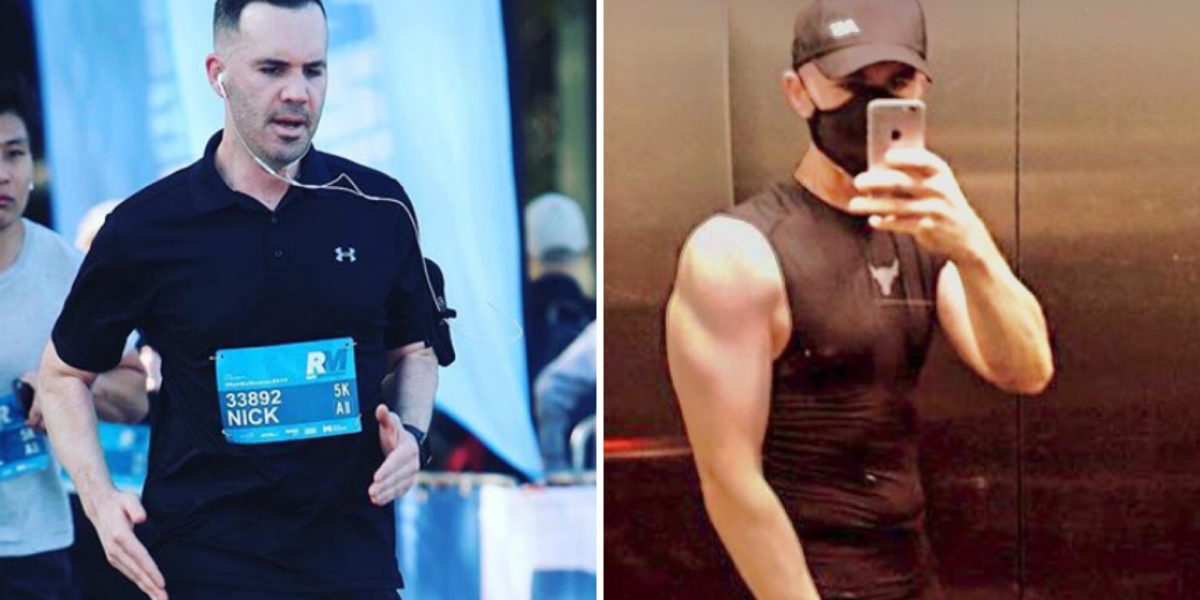 This week, Coach Nestor spends 5 minutes with a very unique athlete at the very unique Melbourne triathlon club, Davey Black Triathlon. Nick Patterson is a methodical planner, has an extreme passion for fitness, and uses fitness to maintain his health and his wellbeing. So what is so unique about this?

Nick has gone from strength to strength in his health and his fitness goals, and he has done so while also successfully beating cancer and coming back stronger than ever.

Nick shares with us his story and will try to convince the non-believers about the greatness of swimming, cycling and running. From his first attempts at getting into the sport, passing through his difficult moments, then on to his rise from the ashes and a second chance at running that has taken him to a podium in 2020.

My name is Nick Patterson and I am a running athlete with Davey Black.

To take you back to the start of my journey, I was probably an average Australian, going to work as a senior lecturer at Deakin Uni, studying and enjoying my spare time not doing anything super productive. I put a lot of my effort into obtaining my PhD in technology and ended up being awarded the Alfred Deakin medal. I spent a lot of time and energy on doing well at my job. Exercise, which I knew was good, was the last thing on my mind. However, my life changed quickly after a tough unexpected battle with cancer and a number of other personal battles that eventuated after that. I was at the crossroads and was either going to give up or change some things in my life to be healthier, feel better, and look better. This was my catalyst for change and start on a new path.

Prior to finding a home at Davey Black and being coached by the famous Coach Nestor Ochoa, I was taking swimming lessons at Monash Sport as, like most Aussies, I really enjoy being in the water. I had reached the advanced level where I needed to master freestyle, backstroke, and breaststroke, which was a battle of coordination, and at that stage, I felt like I needed a new challenge.

Shortly after this, I had seen some athletes running on the Monash Uni campus and thought I would give running a try. And so started my running journey. I used to run cross country in school but had not done it in a long, long time. I quickly realised this was a much tougher sport in terms of the physical and mental demands and, for whatever reason, it felt like it delivered so many more endorphins than swimming.

After about a month of training, I entered into the Run Melbourne 5km in 2019, just to see what it is like to run in a competition. I had been swimming for a while and have a stationary exercise bike at home, so I was reasonably fit, but nowhere close to what I needed. It was a really amazing experience being amongst the huge crowds at the start line and finding your way through the pack, in a battle against yourself and other runners. Then the awesome feeling of getting across the finish line, I knew I was hooked at that point. I did not have a great time; from memory it was around 31 minutes.

I always believe if you can master one thing, you can apply that same process and methodology to try and get good at something else. The more difficult things like running, swimming and cycling, where you exert yourself and push yourself to your limits, will give you the rewards of mental toughness to deal with the everyday highs and lows that life throws at you. If you can smash out a 5k run or long swim or ride, then work or personal problem takes on a new light and are usually not as bad as they seem.

For the moment my biggest challenges are focusing on improving my cardio and mental game, so I can be more consistent and improve my times. When I am really switched on, I can do some really good times with my 5km runs. I recently finished 2nd in the virtual Run Melbourne 2020, which ended up around 20:54, however, personal records of this nature are not common for me. To reach these PB levels, all the stars have to align on the day, and I tend to sit around 22-24 minutes consistently.

We are in unprecedented, tough, pandemic times where you are maybe feeling stressed, depressed or lacking energy. My departing comment for anyone on the fence about whether to take a journey to improve your fitness is just get out there and have a run, cycle or, if you can, a swim. Do it consistently once a week and then build up from there. Don’t worry if you’re fast or slow just have a go, you will have a sense of accomplishment, you will look better and feel better.